A volunteer had been feeding a colony of five cats outside her apartment. The landlord decided he wanted them gone, so our volunteer contacted a local TNR group in November, 2011. The volunteer didn’t want to see all of them put back out in the cold, so Cat Guardians agreed to take the two with the best chance of being socialized. Given how feral they were, this was all relative of course. After allowing them to settle in and after noticing they slow-blinked back at us in between all the hissing, we knew we could work with them

“Mon Felix” was smaller and more timid. It was suggested Jasper should be his name, another precious, high-energy stone. He would lash out at people, then curl up in a ball afraid of retaliation. The other cats in the shelter liked him because they could reach through the bars of his cage and steal his food, and he wouldn’t stop them. We finally got through to him with bits of a Smashburger cheeseburger, and food has been a big motivator in his socialization. When we finally felt Jasper was ready to be let out of his cage, we opened up the cage door and let the other cats come visit him, like a kitty “open house”. They ate his food, of course, and gave him a good sniffing. But he wasn’t afraid of them at all, and he soon found a place in the shelter with lots of buddies to cuddle with.

That was 10 years ago, and since then, Jasper has become a cornerstone of the shelter. He is quiet and timid, but he has many friends among the cats and is adored by the volunteers. If you would like to sponsor Jasper or another of our long term residents, you can find more information here: Sponsor-A-Cat 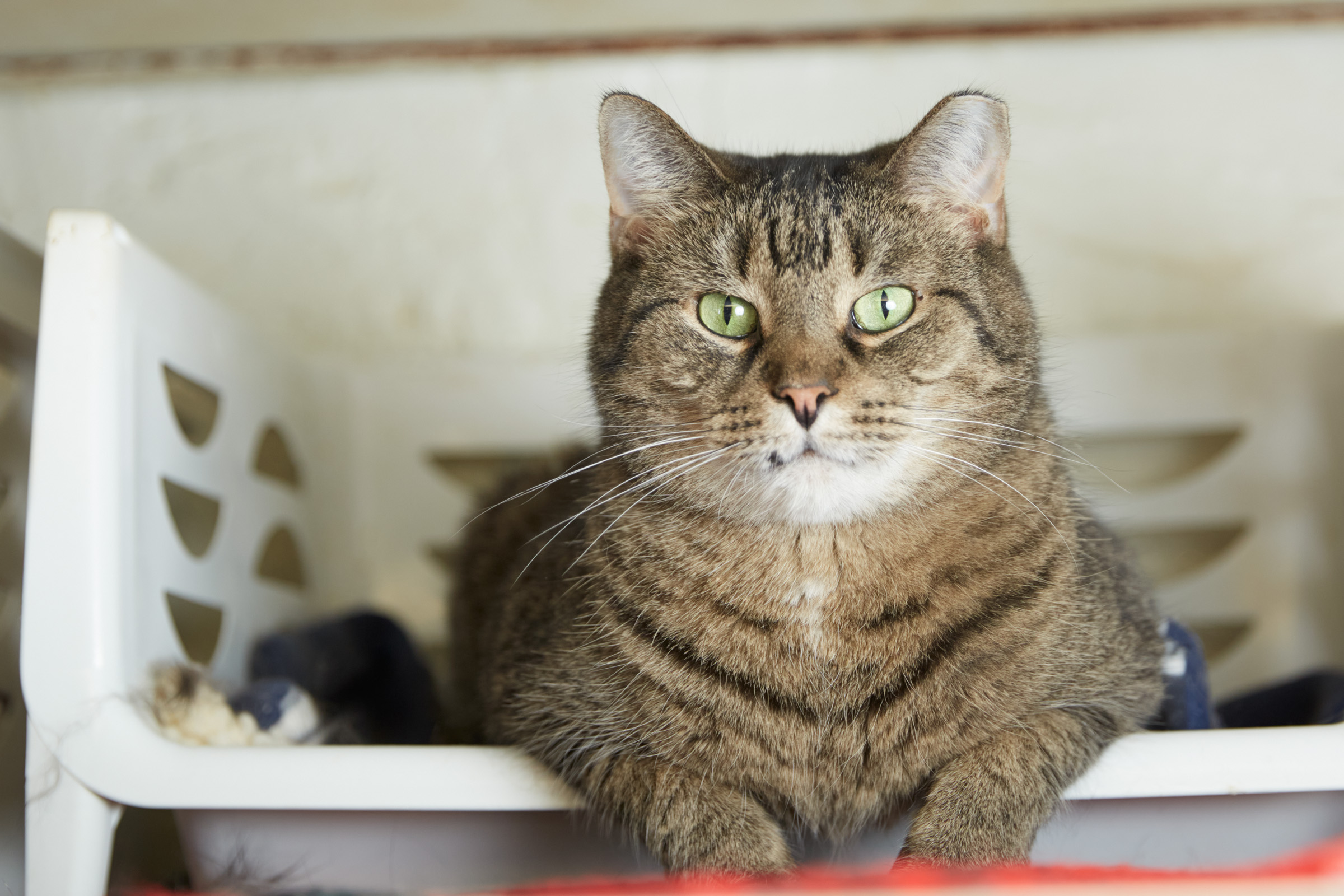 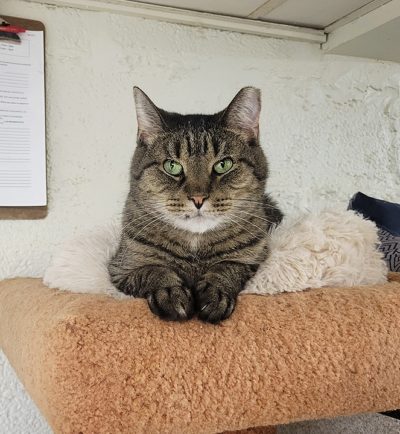 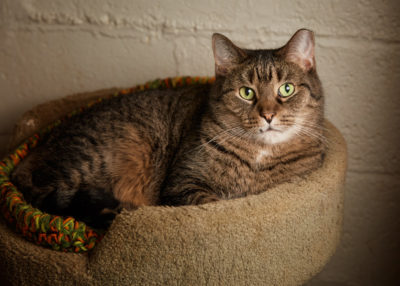