The following is the story of Godzilla, one of the shelter’s most challenging success stories, as adapted from “The Stray Cat Handbook” by Tamara Kreuz:

A few years ago, Kathy Blackwell, founder of Cat Guardians, received a call from a panicked woman who reported that she had seen a cat badly injured in a fight with a raccoon. The cat was too traumatized to catch, and all Kathy could do was loan the concerned lady a live trap in hopes that it wasn’t too late to save the big gray and white tom.

Luckily, she was able to trap him and brought him directly to the animal hospital affiliated with the shelter for treatment. The big male had suffered extensive bite wounds, and it was a week before the veterinarian felt that the cat was stable enough to leave the hospital. Kathy brought him to the shelter to recuperate, never dreaming that it would turn into an ordeal for everyone concerned…

Initially, the cat responded well to treatment, despite being somewhat difficult. “We knew he wasn’t wild, because he was declawed. But he wasn’t neutered and he was very aggressive. I had to throw food toward the back of his cage in order to get the door open without him attacking at the cage door. That’s why we named him Godzilla.”

After he was neutered and had calmed down a bit, Kathy felt secure in sending him home with a volunteer. However, his troubles did not end there. Due to large wounds found by his foster mom, he was returned to the vet. It was discovered that bacteria was trapped so deeply that it had taken six months to work its way to the surface.

Godzilla underwent extensive surgery to remove dead and infected tissue. Afterwards, he was returned to the shelter, but Kathy needed to take him back to the hospital every three days to have his bandages changed. During the slow healing process, the bad news multiplied. The tranquilizers he was given to calm him at the veterinarian’s were threatening to cause kidney damage. As a result, Kathy decided to take over Godzilla’s medical care herself at the shelter.

For several months, she gave him antibiotic liquid mixed in baby food twice a day. “When his medicated patches needed to be changed, I distracted him with baby food while I peeled the old one off and put the new one on,” she says. In spite of her work, Godzilla failed to fully recover. He underwent surgery to close his remaining wound.

Thanks to Kathy’s persistence and hard work, Godzilla’s wounds finally healed and he is now a friendly, healthy cat, and after a long stay at the shelter, was finally adopted and has his own home.

While Godzilla’s story is a successful one, efforts such as these require continued public support. Want to help? Consider making a donation to Cat Guardians or joining our team of volunteers. Also, if you are interested in adopting a cat, consider one of our adoptable residents. As a no-kill shelter with a limit to our permitted animal capacity, each cat adopted provides us with the opportunity to help more! 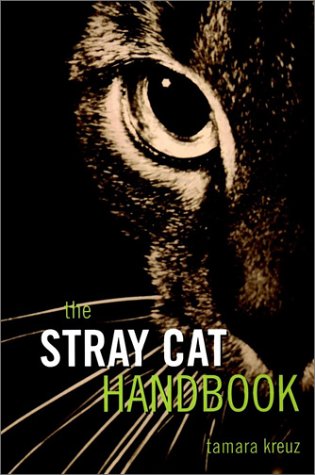